Peterhof is a suburban imperial residence in the vicinity of St. Petersburg, founded by Peter The Great in honor of the victory in the Northern War. The unique appearance of the “Russian Versailles” was formed over three centuries – from laying the first stone in 1712 to the present day, when after the German occupation it had to be literally restored from ruins. The picturesque palace and park complex is called the Kingdom of Fountains. But even in autumn, when the fountains are turned off, the park is no less beautiful, thanks to the palace, neat alleys, small pavilions. Even the trees here have their own history – the oaks planted by the Peter The Great. 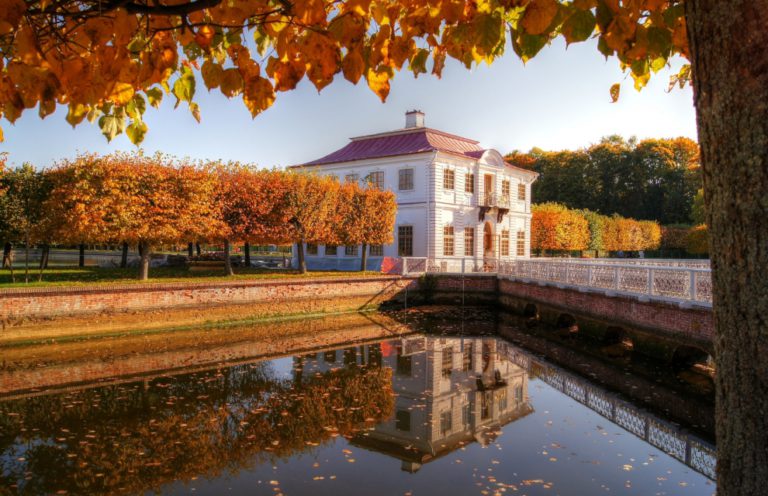 How to get there: by train from the Baltic Station (Baltiyskaya metro station). Local trains run at intervals of about an hour. Travel time is about 30 minutes. Get off at the “Noviy Petergof” station.

By mini-buses: from the metro station “Avtovo” No. 424, 224, 424a; from the Baltiysky railway station (Baltiyskaya metro station) No. 404, 054 and from the Leninsky Prospekt metro station No. 103. All minibuses going to Peterhof are marked with a huge inscription “Fountains”

Meteor boat: from the pier at the Hermitage to the Lower Park of Petrodvorets you can get in just 30 minutes 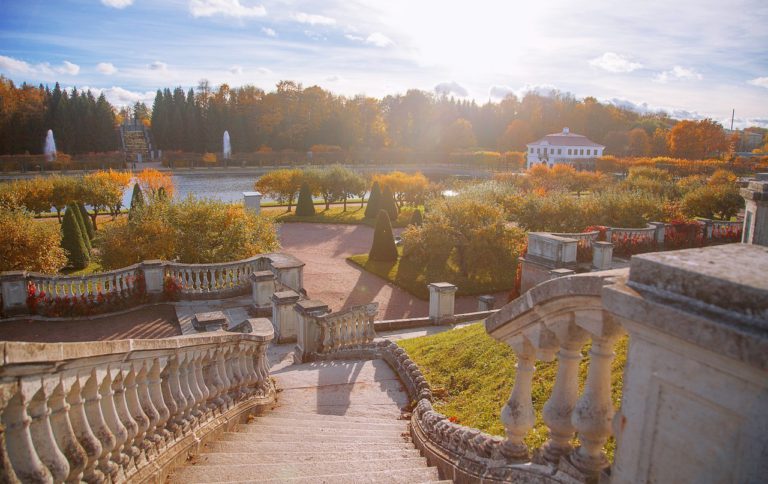